Beyond manipulating and motivating to leading and inspiring

"People do work for money — but they work even more for meaning in their lives. In fact, they work to have fun. Companies that ignore this fact are essentially bribing their employees and will pay the pay the price in a lack of loyalty and commitment."
— Jeffrey Pfeffer, "Six Dangerous Myths About Pay," Harvard Business Review

We've known for decades that money doesn't motivate most people to higher levels of  performance. In his seminal 1959 book, The Motivation to Work, Frederick Herzberg identified money as a "hygiene factor." If we feel we're not fairly compensated, lack of money can de-motivate. But once we feel we're treated fairly, the promise of more money doesn't sustain higher energy or mobilize inspired performance. Numerous studies over the last few decades have shown that when it comes to understanding what really energizes and mobilizes, there's a huge we/they gap between managers and frontline people. For example, in an article entitled "Mastering  the ABCs of Organizations," John R. Throop cites a study of computer programmers  who were asked to identify the top 10 factors that provided the highest degree of motivation in their jobs.

The programmers' top three were: full appreciation for work done; feeling that they were in on things; and, sympathetic help with personnel problems.
The programmers' managers, when asked what these factors would be, predicted rather different priorities: wages, working conditions, and fair discipline.

When confronting morale problems, managers will often succumb to the Victimitis Virus and blame the declining work ethic, attitudes of entitlement, softening values,  or any number of societal factors. But these factors — which are mostly about doing the least work for the most money — are more imagined than real. Studies show that people's real needs are much less mercenary than most managers believe. People want to take pride in their work, belong to a winning team, and be part of an organization they can believe in.

In fact, the morale crisis so prevalent in organizations today is primarily the result of disappointment in these needs not being met. Ultimately, the problem is a leadership vacuum. The hand-wringing, teeth-gnashing managers, frustrated by their organizational energy crisis, often ask "Why don't people want to work anymore?" But that's the wrong question, based on the wrong assumptions. The question to ask — with a long gaze in the leadership mirror — is, "Why don't people want to work here?"

Internal vs. External MotivatorsMost managers recognize that one of their key roles is "motivating" others. They also recognize that a key to motivation is empowerment. But it's too often a lot of empty "leaderspeak." For all that the popular "E" word has been bandied about in the last few years, not much has changed in many organizations.

There are many reasons why empty empowerment rhetoric is so widespread today. One of the most common is confusion about (or misapplication of) intrinsic or internal motivation (leadership) versus extrinsic or external motivators (management). In his article "Empowerment: The Emperor's New Clothes," Harvard professor Chris Argyris outlines this difference: "If management wants employees to take more responsibility for their own destiny, it must encourage the development of internal commitment.

The power of using employee involvement to build internal commitment is both measurable and impressive. One organization made a massive effort to involve everyone in their planning process. There's an old adage, "If they help plan the battle, they won't battle the plan." A year later, the company's absenteeism dropped by 300 percent — and saved millions of dollars!

Reprinted with the permission of Jim Clemmer whose practical leadership & personal growth books, workshops, and team retreats have helped hundreds of thousands of people worldwide improve personal, team, and organizational performance. An international best-selling author, his latest book is Growing @ the Speed of Change. Visit www.JimClemmer.com for more information on his books, monthly newsletter, and leadership blog. 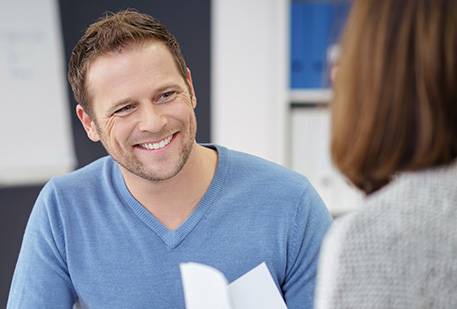 Hiring smart is productive, not doing so is unproductive. The most common, and fatal, hiring mistake is to find someone with the right skills but the wrong mind-set (attitude) and hire them on the theory, "We can change them." How to sustain organizational success through crea...

In a rapidly changing world, business leaders are finding it difficult to keep their competitive advantage on an on-going basis. Technology and cost control are no longer adequate to sustain the lead. How to keep your top talent

Despite unemployment and staff cutbacks, studies indicate that over 80% of global business leaders believe that "people issues" are even more important today.